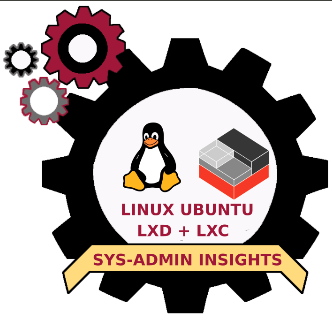 Anyone who operates their own business has multiple hats to wear.  This web-site is for the “IT System Administrator” for EXPLOINSIGHTS, Inc. (EI), you know, the poor soul who has no formal IT qualifications but has to establish and operate a centralised IT system that complies with data-residency (e.g. ITAR and EAR) and NIST (e.g. 800-171) standards, all the while trying to actually provide useful and efficient IT services in support of EI’s primary business.

EI runs on Linux.  More specifically Linux Ubuntu.  And yet more specifically,  IT services are operated from LXD containers running on an Ubunutu-based server.  Very few services are installed on the actual server metal; where possible, everything is operated from an LXD virtual machine (a ‘container’ is another term).  LXD provides a robust separation between the real server and the virtual machine that’s providing the service.  This makes it far HARDER to screw up big-time (that’s good) and much easier to fix the issues that can disrupt a live support service (such as the main web site, the EI cloud file storage server or even a simple document server).

If you are a single person or maybe part of a small team that’s expected to provide centralised IT services, and if you have ever found yourself having to re-install a server OS multiple frustrating times because you configured it wrong and can’t fix it (so you start over) then maybe this web site may be of interest to you: I have done that.  Far too many times.  I don’t now, as I use LXD.